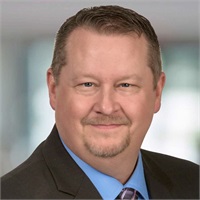 Lance Kolbet serves as principal of University Financial Group (UFG). Lance brings more than 25 years of full-time financial services experience to his clients and to leading the team at UFG. Lance is a current member of the National Association of Insurance and Financial Advisors (NAIFA), National Association of Health Underwriters (NAHU), General Agents and Managers Association (GAMA), and is a Qualifying and Lifetime member of the Million Dollar Round Table (MDRT) with 6 Court of the Table qualifications.

He is active in the Pocatello Estate Planning Council with numerous industry awards. A founding member of the Advanced Association of Life Underwriters Political Action Committee (AALU PAC), and a significant contributor to the NAIFA Political Action Committee. He is a contributing author for several trade journals and magazines discussing various financial services topics.

He is passionate about his involvement in the MDRT Foundation. He serves as a Diamond Knight in the foundation and has also served on its grants committee and has received grants on behalf of his foundation for some local charities such as Family Services Alliance in Pocatello.

He is also a Lifetime Member of the Veterans of Foreign Wars (VFW), Non-Commissioned Officers Association (NCOA), United States Submarine Veterans Association (USSVI), Naval Submarine League (NSL), Marine Corp League (MCL), American Legion, AMVETS, and the 40&8. He is a member of the Pocatello Elks Lodge serving as its current treasurer and was a previous trustee. He is a graduate of Leadership Pocatello, member of the Pocatello Chiefs, and past board member of the Greater Pocatello/Chubbuck Chamber of Commerce. He is currently serving on the School District 25 Education Foundation Board of Directors and serves as its chair of the finance committee.

Lance currently serves as U.S. Senator Crapo’s treasurer for his leadership Political Action Committee, The Freedom Fund. He ran for the Idaho Senate in 2010 where he was narrowly defeated by 1% against incumbent Senator, Diane Bilyeu.

Mr. Kolbet is a certified scuba diver, and avid computer gamer. He can be found serving his clients and financial advisors from here in the Northwest to Santiago, Chile either as a speaker, mentor, practitioner, or philanthropist.

He graduated from Twin Falls High School in 1987 and immediately enlisted in the U.S. Navy serving on two different submarines during the Desert Storm Campaign as a radioman. After his tour in the Navy he enrolled at Idaho State University where he obtained his insurance licenses in 1993 and founded University Financial Group. Later he obtained his FINRA series 6, 63, and 26 securities licenses and began serving clients throughout the Northwest.